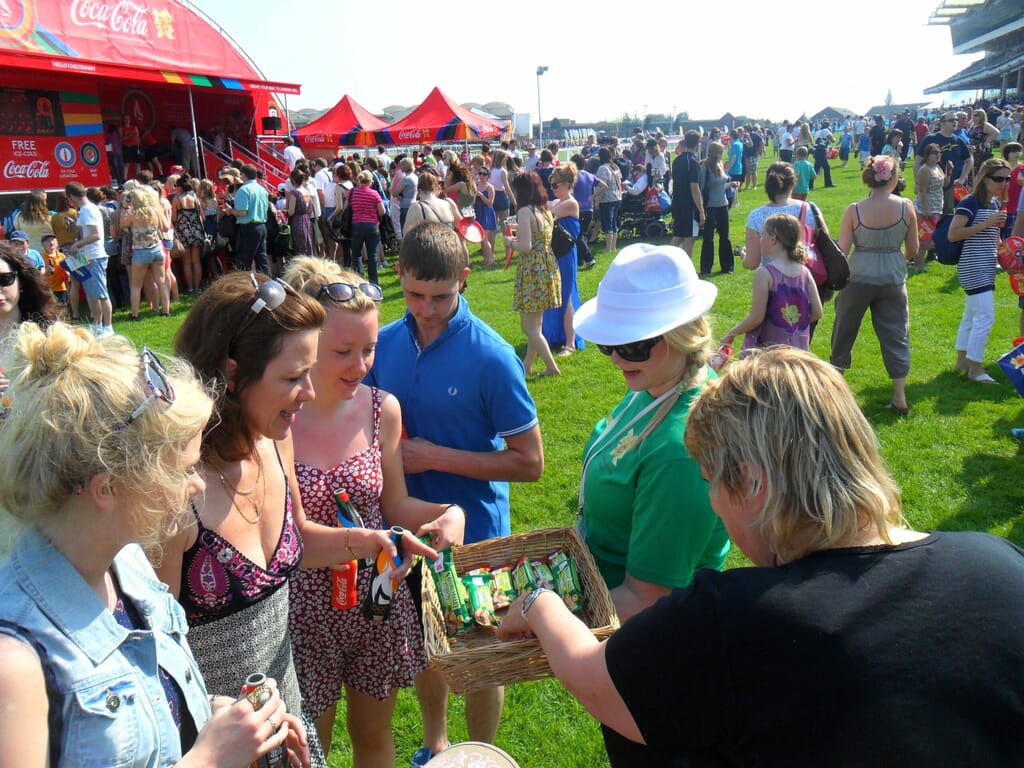 Nature Valley required a brand events agency in London for a large scale marketing event. The goal was to effectively deliver 5 million samples to a key target audience during the London Olympics. i2i’s role as the operation’s marketing function, was to create a live event that would capture the brands true essence in what was a heavily saturated environment. 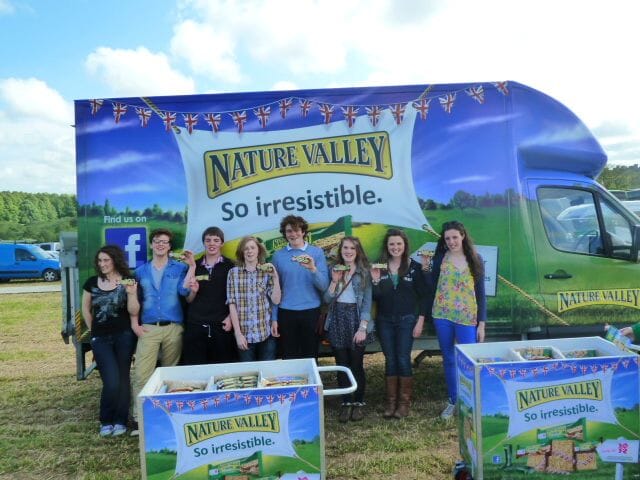 Three routes were chosen to distribute five million bars across a three-month period: on the Olympic Torch Relay route, at railways stations and via regional hit squads.

Nature Valley was the only Tier 3 sponsor to have an experiential set as part of the Torch Route Celebration Sites – a “Hay Bale Hurdle” Barn where friends could race against each other in the style of the brand ATL.

The sampling team distributed samples to a number of high-profile visitors including, Cliff Richard, Kelly Holmes, The Wanted, Amir Khan, Will.i.am & many more. 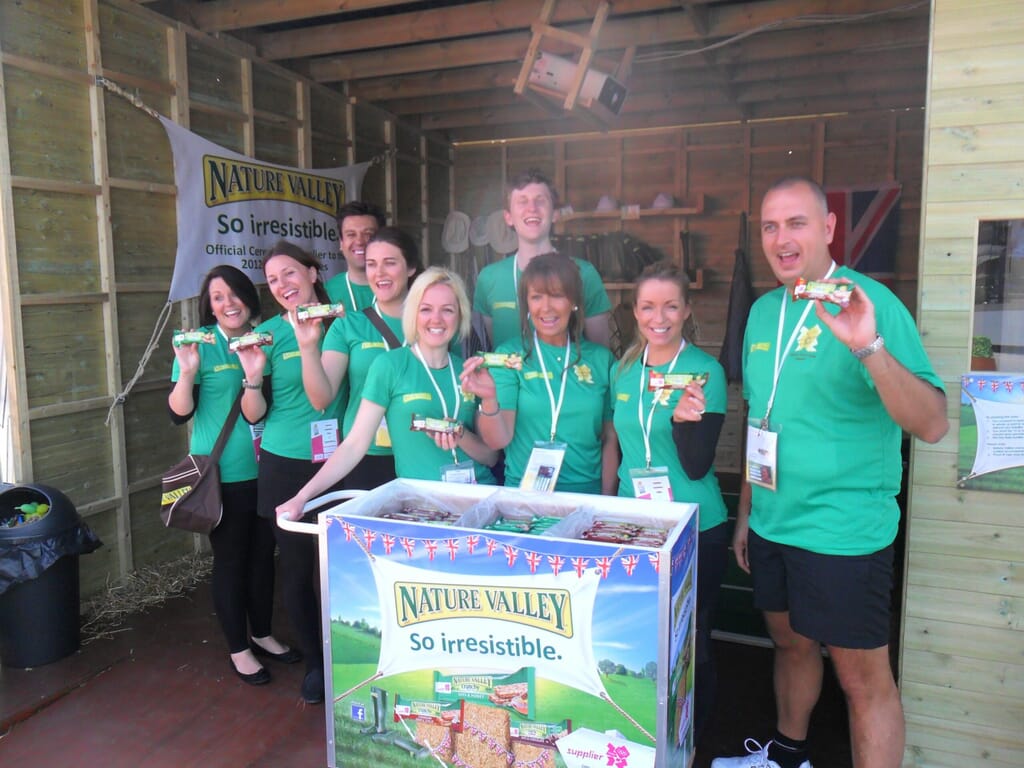 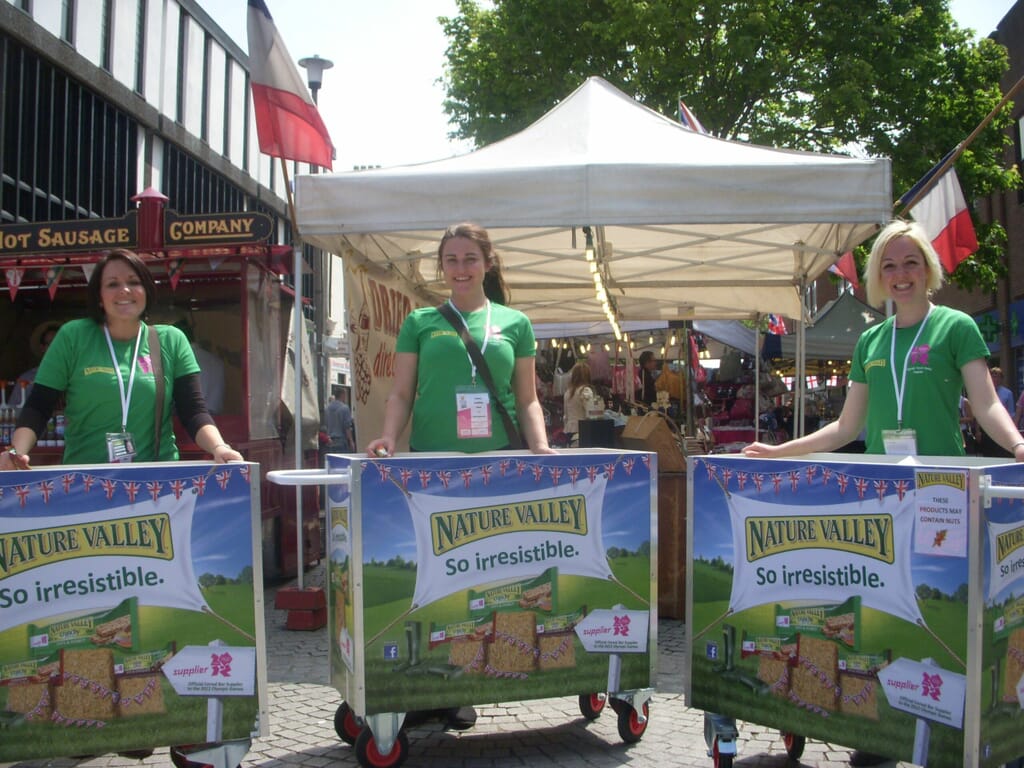 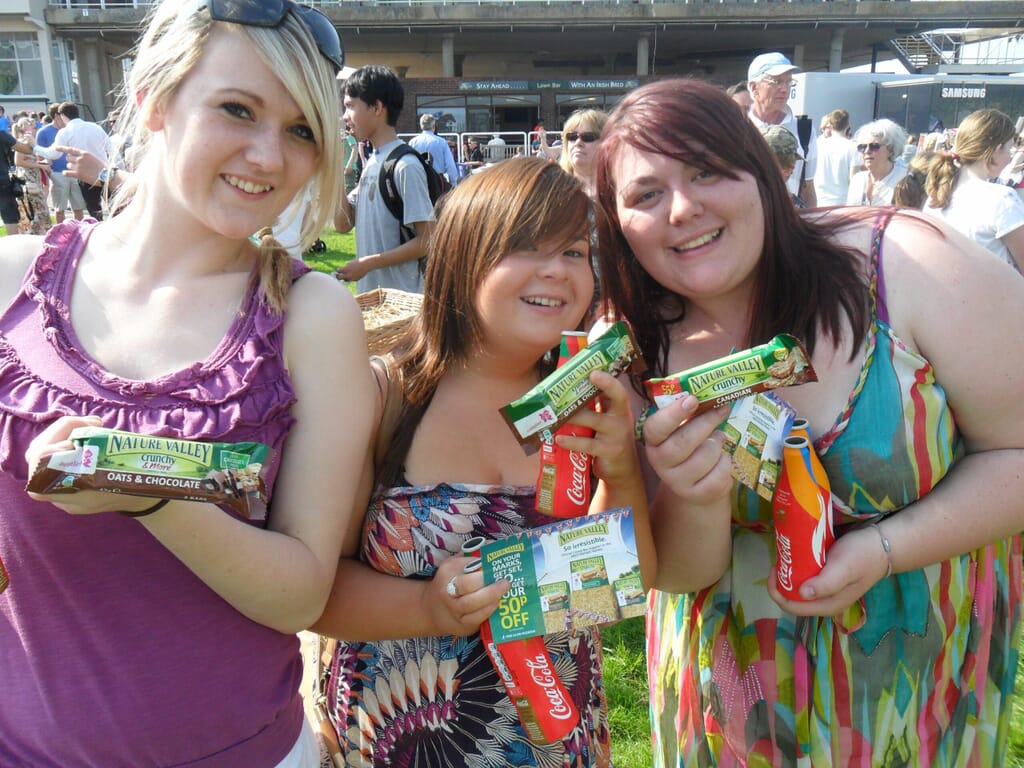